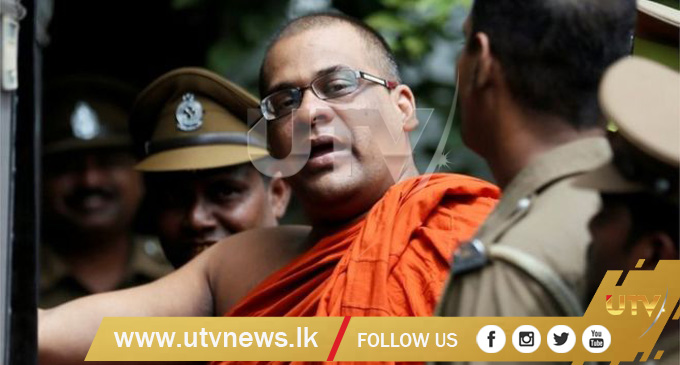 UTV | COLOMBO – Minister of Buddha Sasana Gamini Jayawickrema Perera says that the President has said that a Presidential General Pardon to Bodu Bala Sena general secretary Venerable Galagoda Atte Gnanasara Thera could be considered after the verdict of the appeal is revealed.

Speaking to a prominent media network in the isle, the Minister stated that he had personally spoken with the President regarding the matter.

Meanwhile, the oral submissions of the appeal filed against the verdict of six-year rigorous imprisonment will take place today.