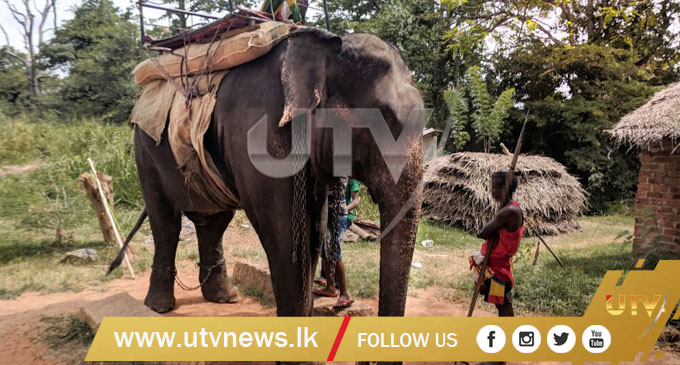 (UTV|COLOMBO) – Tourists have been urged to boycott events and rides using elephants in Sri Lanka, by the international animal rights group, People for the Ethical Treatment of Animals (PETA), stating that “Sri Lanka is a fast-growing holiday hotspot, thanks to its stunning beaches, surf spots, and national parks. But for the country’s captive elephants, this rapid increase in tourism means only more suffering.”

PETA says elephants used for tourist rides – which are widely advertised across the country – are typically kept tightly chained and isolated from other elephants. Forced up and down the same busy roads day after day, they’re often worked to exhaustion in the sweltering heat – as soon as one group of tourists gets off, the next one gets on.

“Humans sit atop elephants in a howdah, a type of metal seat, which is strapped to the animals’ delicate backs. Elephants have sharp, bony protrusions that extend upwards from their spine, so the combined weight of the howdah, the tourists, and the mahout (handler) can cause them permanent, agonising spinal damage,” PETA said.

PETA notes that elephants live in constant fear of the mahout, who controls them using a bullhook – a spear-like instrument with a sharp hook that’s commonly used to strike and injure them.

Elephant “Attractions” that chain the animals, use bullhooks, and offer elephant rides often describe themselves as “Sanctuaries” or “Orphanages” in order to dupe tourists into believing that they’re ethical.

“Until tourists stop paying to ride them, elephants will continue to face exploitation and abuse. If you’re visiting Sri Lanka, please refuse to ride elephants, avoid visiting any attraction that offers or endorses elephant rides, and steer clear of festivals in which elephants are paraded. This includes the Pinnawala Elephant “Orphanage”, Dehiwala Zoo, and Kandy Esala Perahera festival,” PETA said.