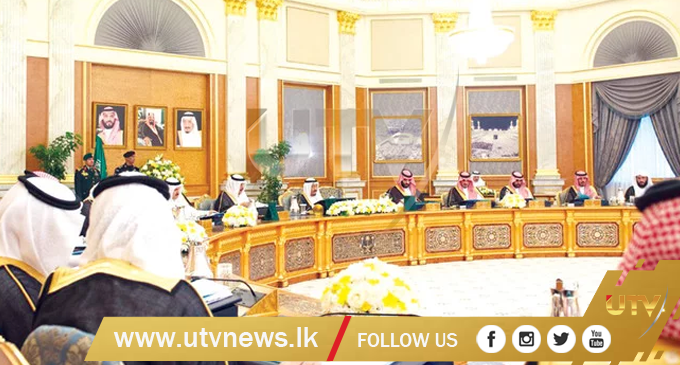 At the Cabinet session at Al-Salam Palace in Jeddah, King Salman gave a briefing on the phone call he received from Japanese Prime Minister Shinzo Abe.

The king also briefed the Cabinet on the outcomes of his meetings with Parly and British Chancellor of the Exchequer Philip Hammond.

Interior Minister Prince Abdul Aziz bin Saud bin Naif briefed the Cabinet on the outcomes of his visits to Mauritius, Comoros, Seychelles and the Maldives, during which international developments and ways to enhance bilateral ties were discussed.

The Cabinet reviewed reports on the latest Arab, regional and international developments. It welcomed the convening of an international conference of Muslim scholars on peace and stability in Afghanistan, hosted by the Kingdom.

Saudi Arabia , as the top donor country to the UN Humanitarian Response Plan for Yemen in 2018, demonstrates its desire to alleviate the suffering of the Yemeni people, the Cabinet said. It condemned recent terrorist attacks in Tunisia and Somalia, offering condolences to the families of the victims, and to the governments and peoples of both countries.

The Cabinet wished the wounded a speedy recovery, and reiterated the Kingdom’s solidarity with both countries against terrorism and extremism in all their forms.

It also expressed condolences to the families of the victims of the recent train crash in Turkey, and to the country’s government and people.

The Cabinet expressed similar sentiments regarding floods and landslides that have swept many parts of Japan, wishing the injured a speedy recovery. (Courtesy – Arab News)