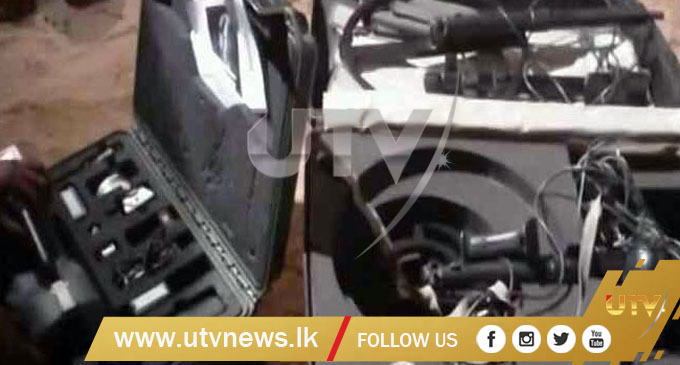 (UTV|COLOMBO) – More than 50 boxes of abandoned Ammunition, 41 Light Machine Guns, 22 Machine Guns, 5 Land Mines Trinitrotoluene Detonators, and Detonator Launchers were recovered while a septic tank was being dug in a house near Thangachimadam area in the Ramesawaram District, the NDTV reported.

He said occupants of the house alerted the police about what they had discovered while the digging operations were on, following which police were dispatched to the spot.

The Superintendent of Police also said that officials at the Union Government had been informed of it and that a team would arrive at Rameswaram soon.

The Police suspect that the weapons cache could have been left behind by terror outfit of the Liberation Tigers of Tamil Eelam (LTTE), some of whom had camped here in the 1980s during the outfit’s war against the Sri Lankan Government.