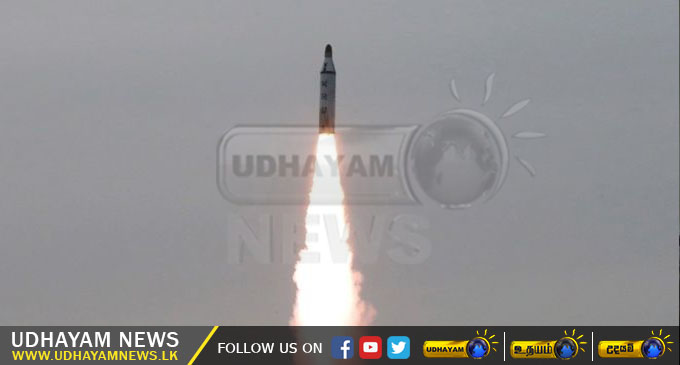 (UDHAYAM ,NORTH KOREA ) – North Korea has confirmed that it “successfully” fired a ballistic missile on Sunday in a test supervised by leader Kim Jong-un.

South Korea’s defence ministry called it an armed provocation to test the response of US President Donald Trump.

The US, Japan and South Korea have requested an urgent meeting of the United Nations Security Council to discuss the incident.

KCNA reported that the test of the Pukguksong-2 missile, a new type of strategic weapon said to be capable of carrying a nuclear warhead, was overseen by leader Kim Jong-un.

It added that the missile was fired at a high angle in consideration of neighbouring countries.

South Korea military experts said the rocket had been launched by a “cold-eject” system, which uses compressed gas for its initial thrust, a system employed for submarine-launched missiles.