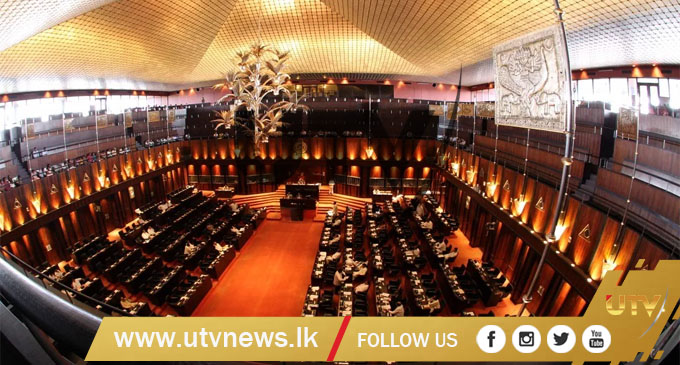 UTV | COLOMBO – The Judicature Amendment Bill to provide for the setting up of a permanent High Court at Bar to expedite cases of large scale corruption and financial crimes was passed in Parliament yesterday with a majority of 67 votes.

The JVP members were absent. Only six out of the 16 SLFP members, who joined the Opposition on Tuesday, were present at the time of voting and they voted against. Among them were MPs Susil Premajayantha, Lakshman Yapa, Dr. Sudarshini Fernandopulle, Lakshman Wasantha Perera and Chandima Weerakkody.

Justice Minister Thalatha Athukorala presented amendments to the Bill at the Committee Stage in line with the Supreme Court ruling. A division was not called for the Third Reading and the Bill was passed with Amendments. The Supreme Court last month determined that Sections 12 A (1), 12 A (2) and 12 A (7) are inconsistent with the Constitution and need to be either amended or passed with a two thirds majority.

The Government amended those sections as advised by the Supreme Court and passed the Bill with a simple majority.The Bill gives powers to the Permanent High Court at Bar to try a number of offences, including theft, dishonest misappropriation of property, criminal breach of trust by public servants, banker, merchant or agent and dishonestly receiving stolen property etc. Cheating, forgery, making a false document, making or possessing a counterfeit seal, plate etc, with intent to commit a forgery and offences of money laundering can also be directed to these separate courts.Bribery of judicial officers, Members of Parliament, Police officers, peace officers and other public officers also has been listed as an offence that can be tried in the permanent High court. Corruption, conspiracy and abetment to commit the offences under the Bribery Act are also an offence listed in the Bill.