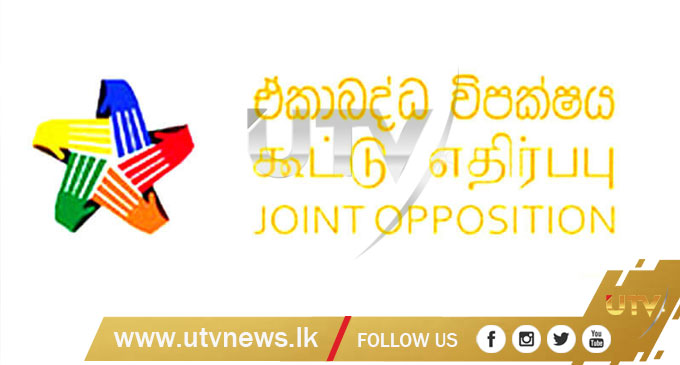 UTV | COLOMBO – The Joint Opposition says that several new supplementary estimates will be presented in Parliament to meet the huge expenses of the new ministers.

Addressing the media at the Sri Lanka Podujana Peramuna office in Bambalapitiya this morning (May 04), MP Rohitha Abeygunawardana said that some Ministers were unsatisfied by the new cabinet reshuffle.

State Minister, Piyasena Gamage has said that he is disappointed that he was not offered a Cabinet portfolio.

Gamage has been appointed as the State Minister of Youth Affairs and Southern Development.

Meanwhile, Palitha Range Bandara who made controversial statements relating to the restructuring of the United National Party also not offered a Cabinet position.

In addition to his previous State ministerial positions, he was offered State Minister portfolio of Disaster Management in the recent reshuffle.