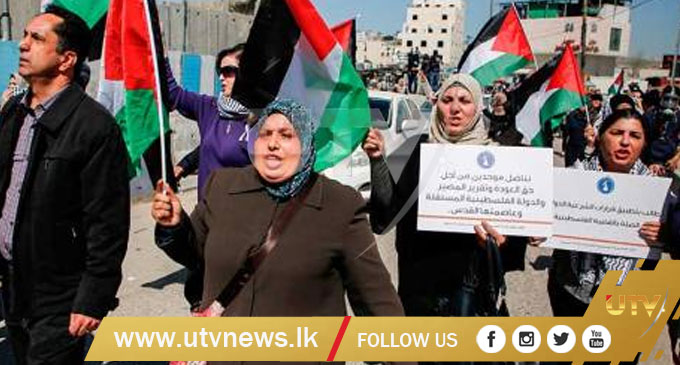 UTV | COLOMBO – Arab foreign ministers are insisting that Jerusalem must be the capital of a future Palestinian state, even as the US prepares to move its embassy there in a step that has angered the Arab world.

A ministerial meeting held Wednesday in the Egyptian capital Cairo brought together foreign ministers from the Arab League member-states.

It comes amid a wave of anger at US President Donald Trump’s decision in December, which sparked protests in the West Bank and Gaza Strip at the time. Trump recognizes Occupied Jerusalem as Israel’s capital.

Trump’s declaration departed from decades of US policy and upended long-standing international assurances that the fate of the city would be determined in negotiations.

Most countries around the world have not recognized Israel’s 1967 illegal annexation of East Jerusalem.

Under a long-standing international consensus, the fate of the city is to be determined in negotiations. (Courtesy – Foreign Media)