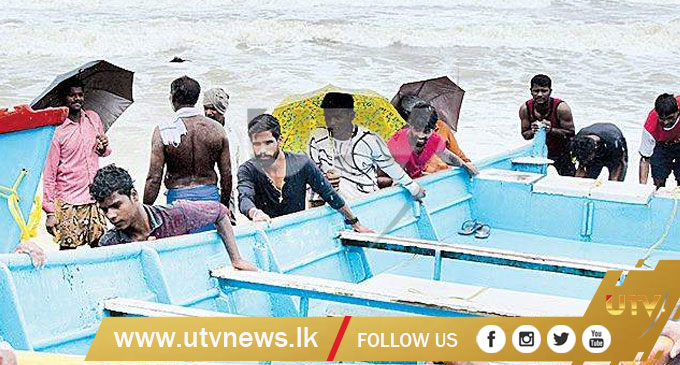 UTV |COLOMBO – The Disaster Management Center (DMC) says that the low-pressure area in the South Andaman Islands is likely to develop further.

The Met. Officer added that therefore, wind condition over the island and surrounding sea areas particularly Northern, Eastern and Southern sea areas may increase from tomorrow.

In this context, the fishermen and naval community are urged not to venture into the sea until further notice.

It added that the showers or thundershowers will occur at times in Northern, North-Central, Eastern, and Uva provinces.

Showers or thundershowers will occur elsewhere after 2 pm.

Fairly heavy showers of above 75mm can be expected in Eastern, Northern, and North-central provinces.

Fairly strong gusty winds up to 50kmph can be expected in the Western, Sabaragamuwa and Uva provinces and in Ampara and Batticaloa districts.

The sea area off the coast extending from Trincomalee to Kankesanturai can be temporary rough at times as the wind speed can increase up to 55kmph.