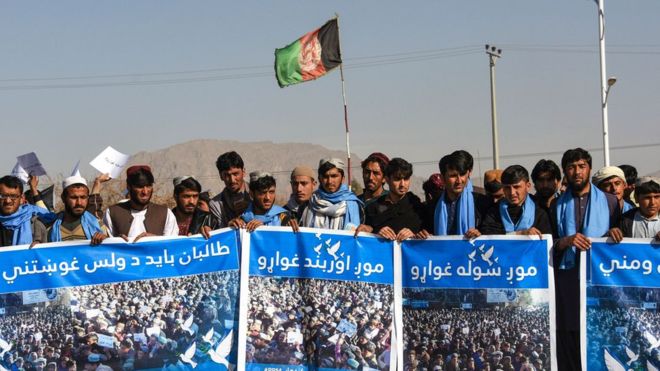 (UTV|COLOMBO) – Twenty-seven members of a peace group who were kidnapped as they travelled in western Afghanistan have been released, local media say.

The People’s Peace Movement (PPM) disappeared after entering Farah province two days ago as part of a march demanding a ceasefire.

The Taliban were suspected of being behind it. They have not commented.

The militants are engaged in peace talks with the US, but regularly attack Afghan and international forces.

The activists, travelling in six cars, were stopped by the Taliban on a major road, Deputy Farah Governor Massoud Bakhtawar said. They had started their march in Herat province two weeks ago.