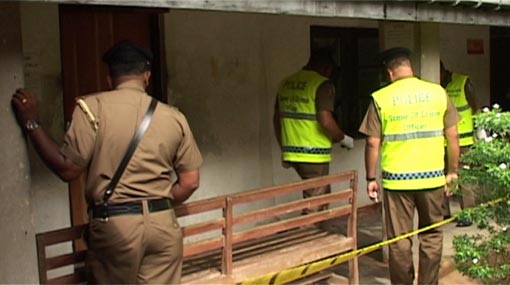 (UTV|COLOMBO) – Two police officers have been temporarily suspended from service over the murder of a woman at the Kegalle Court Complex yesterday (17).

The suspension is implemented as per an order of the acting DIG in charge of the Kegalle district.

A woman who came to the Kegalle Magistrate’s Court yesterday for a maintenance case was stabbed to death by her husband.

The suspect of the incident was arrested on the spot by Kegalle Police.

The two police officers who had been in charge of security at the court have been temporarily suspended over ongoing investigations.

Reportedly, the aforementioned officers are police sergeants attached to the Kegalle Police Station.