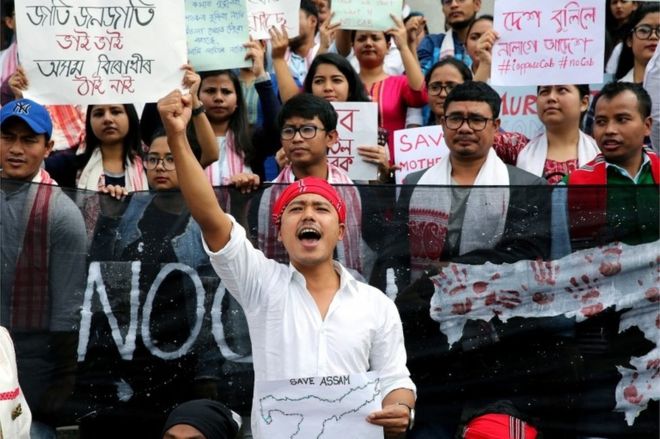 (UTV|COLOMBO) – Thousands of students across India have taken to the streets in recent days in an uprising against a controversial law that offers citizenship to non-Muslims from three neighbouring countries.

They are protesting because they feel the Citizenship Amendment Act is discriminatory and part of a Hindu-nationalist agenda to marginalise India’s 200-million Muslim minority. Prime Minister Narendra Modi says the new law was “for those who have faced years of persecution outside and have no place to go except India”.

The demonstrations were triggered by the perceived police brutality at two leading universities in Delhi and the northern city of Aligarh. Police entered campuses and allegedly attacked students inside the library, reading halls and toilets. Distressing videos of the violence have gone viral and fuelled anger across the country.

Students and teachers have minced no words. In a strongly worded statement, Ashoka University, one of India’s largest private campuses, has described it as “state-sponsored violence”. Rights group Amnesty India reminded the government that “students have a right to protest”. In a video, a distraught law student asked: “Are we even living in a democracy?”

Mr Modi’s ruling BJP government has always frowned on dissent, and it is clear that his government sees students as a source of trouble. But the ongoing students’ uprising tells us a few things about public mood in a country where half of the population is under the age of 25.

For one, Muslim students have been joined by peers from other communities who are not affected by the law directly. The demonstration, says analyst Ajaz Ashraf, has “resurrected the cherished ideal that all Indians, regardless of their religious identity, are equal before law and enjoy the same citizenship rights”. 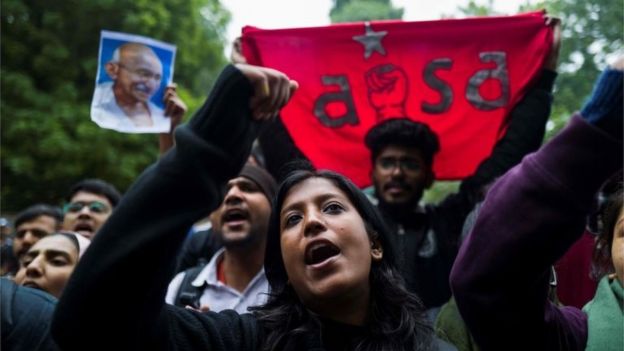 Second, after a series of setbacks for the community – the revoking of Kashmir’s special status, anxieties over a register of citizens, targeted attacks, and a dwindling political presence – Muslims have come out on the streets to make their presence felt. Under Mr Modi’s government, many say, the community had nearly become “invisible” in more ways than one. The students protest, says Mr Ashraf, “marks a watershed in the political life of Muslims”.

What is also striking is that the protests have spread to campuses that have traditionally steered clear of the politics of protest and agitation – business and engineering schools, for example.

This shows the outrage over the law could have coalesced in a rising disenchantment over the gloomy economy and lack of jobs. Young Indians are bristling with ambition and frustration. They believe the government should be engaged in fixing a slowing economy, instead of pushing through a divisive law, which has polarised India further.

Interestingly, many sympathisers of the government appear to be echoing a similar same sentiment.

In a series of tweets, novelist Chetan Bhagat, an ardent supporter of Mr Modi, has excoriated the government over the police action.

“All universities must be protected”, he said. “Those who fantasise about India with a Hindu king and his subservient subjects, remember this. Even if I dignified your bigotry [I don’t], you can’t wish 200 million Muslims away. Try that and India will burn, GDP will crash and your kids will be unsafe and jobless. Stop these fantasies!”

But history is littered with examples of students’ protests fizzling out for lack of wider political and social support. It may be no different this time. 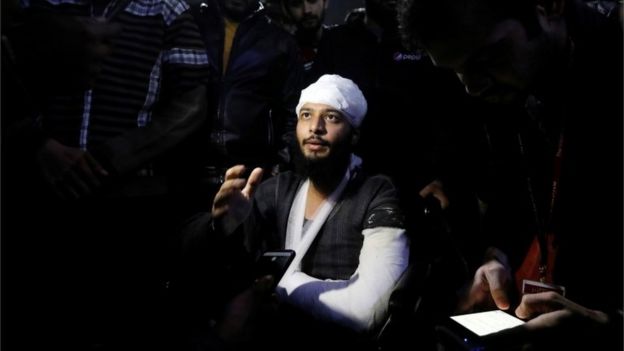 Sooner or later, the agitating students will have to return to their classes, take exams and plan for their future. That is why, say many, India’s opposition parties will need to seize the moment and pick up the gauntlet.

But the parties are disunited and jaded. The firebrand regional leaders of yore look tired and out of touch. Congress, the only other pan-Indian party, is fighting an existential battle to stay relevant. The opposition, many believe, appears to be working for the status quo, and no longer stand for change.

For the moment, the BJP appears to be making the same mistakes as the Congress did during the massive 2012 protests in Delhi after the gang rape of a student on a bus: refusing to talk to young protesters. The party could have sent a senior cabinet minister to negotiate a return to peace on the campus and the streets. Instead Mr Modi has insinuated that Muslims and “people of Pakistani origin” are responsible for the violence.

“Listen To Them,” a newspaper implored Mr Modi’s government on Tuesday. “The government has no language to talk to those who disagree, and more so students. Calling them names corrodes democracy”. It is difficult to disagree.