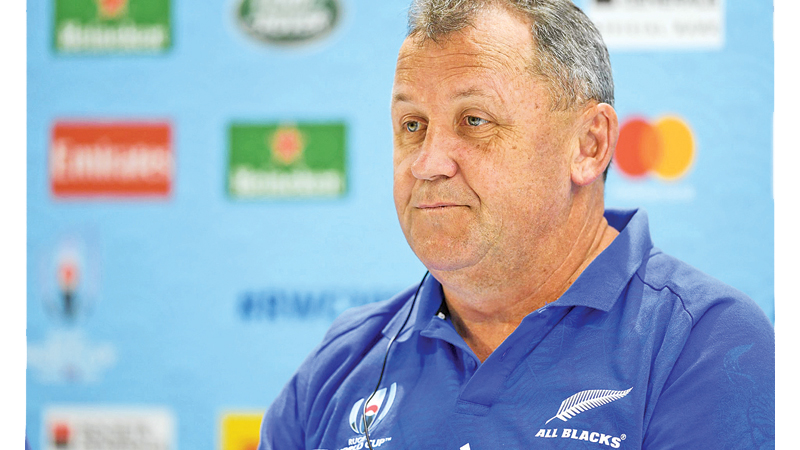 The 54-year-old, who worked under Hansen for eight years, was a surprise selection when he joined the newly crowned world champions in late 2011 as an assistant coach.

At the time, he had been in charge of Waikato Chiefs for eight years and their best result was a losing appearance in the Super Rugby 2009 final.

The lack of success was highlighted when Dave Rennie, now with the Wallabies, took over at the Chiefs after his departure and won back-to-back titles.

Prior to that, former fly-half Foster worked his way through the coaching ranks with Waikato and helped guide the junior All Blacks to a 16-match unbeaten streak.

It was a modest record but Duane Monkley, who worked with Foster at Waikato, said Hansen saw something in the driven, quietly determined character.

“We’re all wired differently, and being a first five-eighth (fly-half), Fozzie had a real brain for how the game is to be played, and how the game evolves,” Monkley told Stuff this week.

Foster helped Hansen achieve a winning record of almost 90 percent with the All Blacks but New Zealand Rugby chief Mark Robinson said it was time for him to step up.

“We needed to understand that he had an ability to become his own man, to stamp his own mark in this environment,” he said.

“He’s clearly done that through the (selection) process.”

While Foster offers continuity, Scott Robertson, who has won three Super Rugby titles with the Crusaders, was the public’s sentimental favourite.

Foster conceded that “I guess I’ve got a job now to reinvent myself a bit with the public and the media”.

He said he wanted to take the best of Hansen’s legacy, which includes winning the 2015 World Cup, and add his own flavour to it.

“We’ve had a big fella there who I love greatly and he had a great style,” he said.

“My style has been to complement that, now it’s up to me to show I’m innovative, I’ve got a sense of direction about where I want this team to go.”

He said there was an opportunity to “grow” after New Zealand’s disappointing semi-final loss to England at this year’s World Cup in Japan.

“I’m extremely passionate about adding a new touch, to really grow and get some mana back on the field, which we felt we’ve lost a little bit,” he said, using the Maori word for aura.