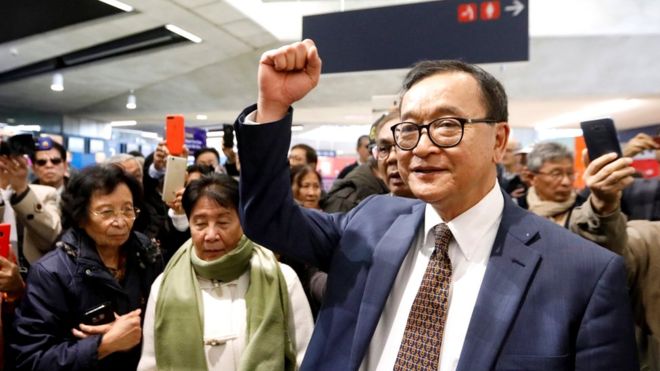 (UTV|COLOMBO) – Cambodia’s self-exiled opposition leader – who vowed to return home this weekend – has said he was barred from checking-in for a flight from Paris.

Sam Rainsy had planned to return to lead the people’s “fight for a better life,” describing Prime Minister Hun Sen as “a brutal dictator”.

The country’s authoritarian leader has ruled Cambodia since 1985.

Mr Rainsy’s party has been dissolved as part of a crackdown on the opposition and he has been in Paris in exile.

“I am extremely shocked because the people need me in Cambodia,” Mr Rainsy said at Charles de Gaulle airport after he was turned away at the Thai Airways counter.

He intended to fly to Bangkok and then reach Cambodia, but he claimed the check-in desk “said they have received from very high up the instruction not to allow me to board”.

He vowed to get another flight and stick to his plan to make it to Cambodia by Saturday, the country’s independence day.

Hun Sen said Mr Rainsy would be arrested should he try to enter the country. He also asked neighbouring countries to bar him from transiting, and advised airlines to not accept him as a passenger. 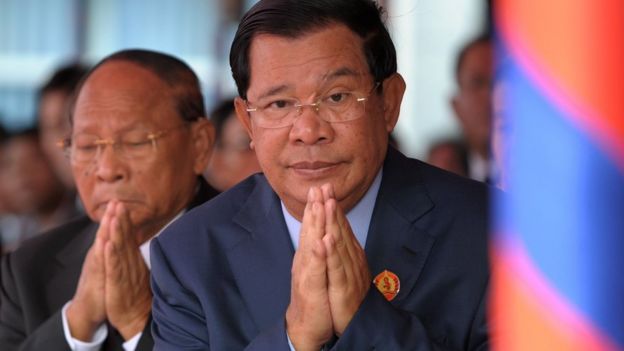 Who is Sam Rainsy?

Mr Rainsy is one of Cambodia’s leading opposition figures but he has been living in Paris since 2015.

He faces several lawsuits at home which his supporters say are all politically motivated.

His Cambodian National Rescue Party (CNRP) was for some time seen as the biggest threat to Prime Minister Hun Sen’s rule.

It was dissolved in 2017 by the Supreme Court, based on a complaint from the government that it was conspiring with the US to overthrow it.

Over the past years, many of the party leadership have fled abroad to escape alleged political persecution.

In 2017, fellow CNRP leader Kem Sokha was jailed in Phnom Penh on charges branded as political; after one year he was released on bail but has been under house arrest since.

After Mr Rainsy announced his intent to return, Cambodia arrested dozens of opposition figures within the country.

Is it realistic for Mr Rainsy to return?

It’s hard to see a way for him to make it into Cambodia. The government in Phnom Penh said it would arrest him and has asked all regional neighbours to bar him from entering.

Hun Sen also sent troops to the border with Thailand to stop Mr Rainsy or his deputy from taking a land route.

“But this might just be a stunt to get attention. Sam Rainsy would never seriously want to come here just to be arrested.”

Mr Ou said the actual goal might be to provoke the Cambodian government “to react in a way that will prevent any compromise between Cambodia and the European Union”.

The EU is currently deciding whether to introduce trade sanctions in reaction to Cambodia’s increasingly authoritarian leadership.

“This would be in line with Mr Rainsy’s strategy which has been consistent over the past years: to try to merit some form of international intervention,” Mr Ou said.

The country has been ruled by current Prime Minister Hun Sen for more than three decades.

He was initially credited with economic growth and peace after the devastation caused by the Khmer Rouge regime, which was responsible for some of the worst mass killings of the 20th Century. 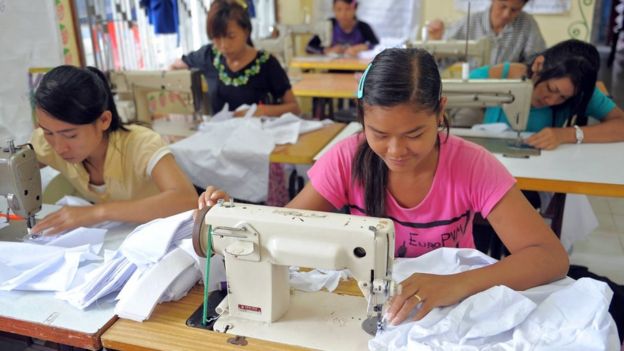