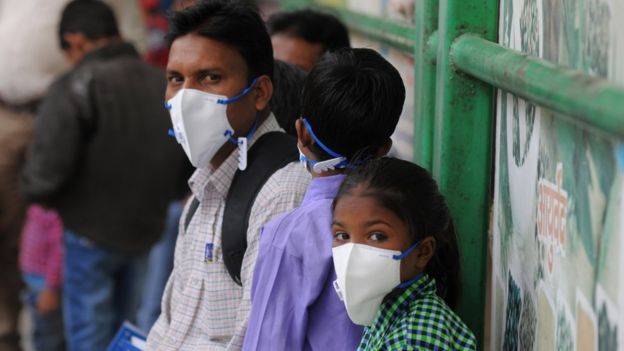 (UTV|COLOMBO) – Five million masks are being distributed at schools in India’s capital, Delhi, after pollution made the air so toxic officials were forced to declare a public health emergency.

Dangerous particulate levels in the air are about 20 times the WHO maximum.

The city’s schools have also been closed until at least next Tuesday.

All construction has been halted for a week and fireworks have been banned. From Monday, the city will introduce a temporary scheme so that only cars with odd or even numbered licence plates can drive on given days, in a bid to cut traffic pollution.

Delhi’s Chief Minister Arvind Kejriwal said the city had been turned into a “gas chamber”.