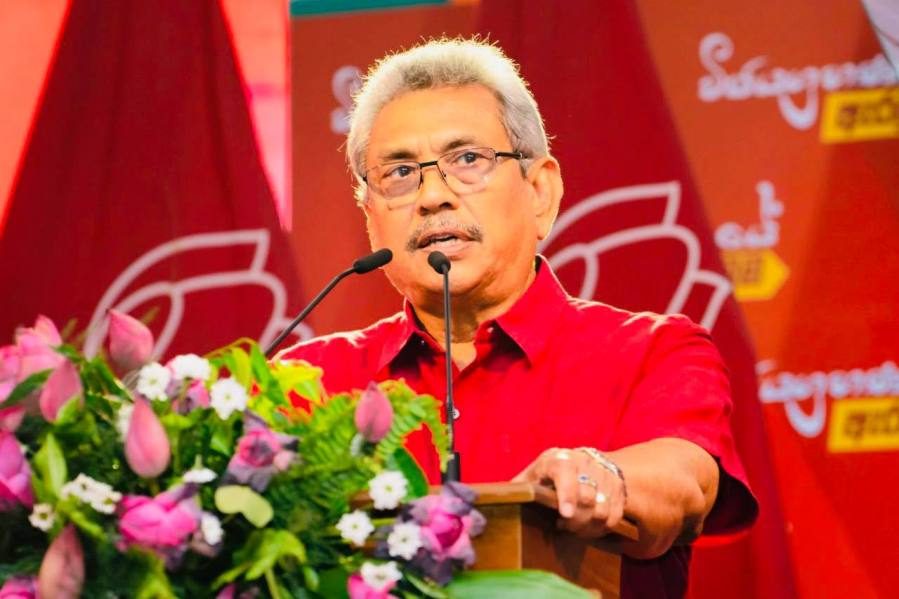 (UTV|COLOMBO) -SLPP presidential candidate Gotabaya Rajapaksa said if elected president, he would hold himself responsible for all the communities in the country and not just a single community.

He said this at the event titled, ‘The Turning Point’ which was organised by the National Muslim Collective held in Colombo Thursday night.

While inviting the people to place their trust in him, Mr. Rajapaksa said he had fulfilled the responsibilities handed over to him 100%.

“I will be responsible for not one but all communities including the Sinhalese, Tamils and the Muslims. I will ensure that state sponsorship will be given to create a Sri Lanka where everyone can live proudly without fear by winning the trust of all communities,” he said.