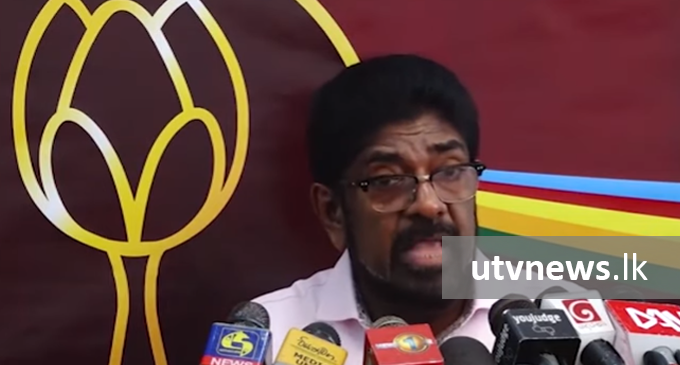 Speaking during media briefing in Colombo, MP Rambukwella said the present administration had failed to fulfill its promises and claimed that Minister Premadasa will not bring about prosperity to the country.

The MP claimed Minister Sajith Premadasa must announce to the country that he rejects all programmes introduced in 2015.

He noted the Good Governance Government had had a clear vision adding the 100-day program had detailed plans including the abolishment of Presidency.

MP Rambukwella charged that Minister Premadasa had merely decorated the Ministry post stating the Minister was also responsible for the promises made by the Good Governance Government.

He added none of the government’s promises had been fulfilled.