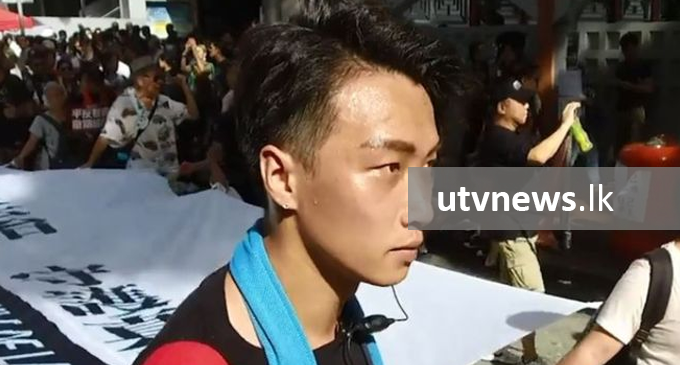 (UTV|COLOMBO) – The leader of one of Hong Kong’s largest pro-democracy groups has been taken to hospital after being attacked.

Afterwards, the activist said he “remained committed to the ideal of peaceful non-violence”.

Mass protests in support of greater democracy in the territory, which began in June, show no sign of abating.

The attack on Mr Sham came hours after the territory’s leader suspended her annual address after being heckled in parliament.