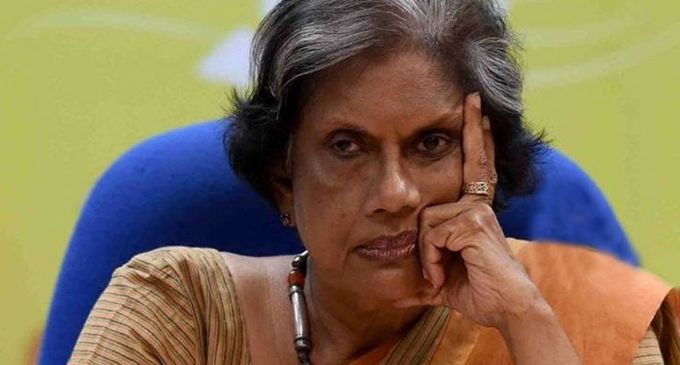 (UTV|COLOMBO) – Former President Chandrika Bandaranaike Kumaratunga says the leadership of the Sri Lanka Freedom Party has put both the supporter and the party in a difficult position.

Issuing a statement, the Former President said 95% of Seat Organisers of the SLFP are opposed to the decision by the Sri Lanka Freedom Party to join forces with another political party.

Former President Kumaratunga added the party should not be brought to ruin and called for supporters to act wisely at the upcoming Presidential Election.

Chandrika Bandaranaike Kumaratunga said she is duty bound to stand in solidarity with the SLFP and its supporters at present.

Former President Chandrika Kumaratunga noted the party should not be allowed to be brought to disrepute over the personal whims of several members, especially as a party that always upheld democracy.