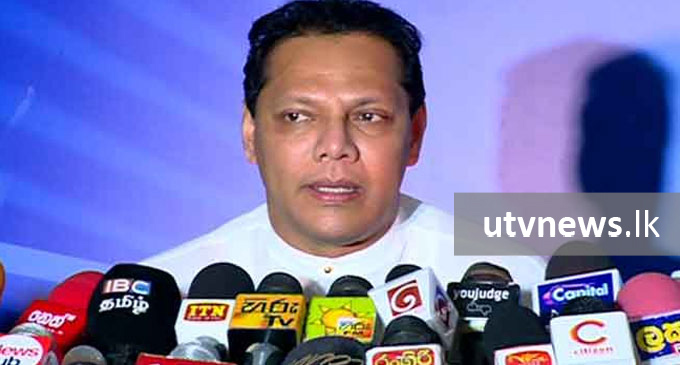 (UTV|COLOMBO) – The SLFP district and electoral organisers will be called to Colombo once again today to obtain their views on whether the SLFP must support the SLPP or contest the presidential poll separately because the party’s central committee met on Saturday (5) night failed to take a decision on the issue, General Secretary of the SLFP, Dayasiri Jayasekara said yesterday.

Mr Jayasekara added that the party entrusted the SLFP leader, President Maithripala Sirisena, to take the final decision on whether the party is to support the SLPP or not at the November 16 presidential election.

He said if and when a firm decision arrived at on the party’s position, it would be announced to the media immediately. A news briefing chaired by President Sirisena was scheduled at the party office last morning but had to be postponed for today as the party failed to make a decision.

The Central Committee of the SLFP met at the official residence of President Sirisena at around 7.30 p.m. on Saturday and a majority of district and electoral organisers opposed the party joining the SLPP alliance in support of Gotabhaya Rajapaksa, and if the SLPP does not agree to change the pohottuwa symbol to a different symbol acceptable to both parties, SLFP Spokesman, Weerakumara Dissanayaka said.