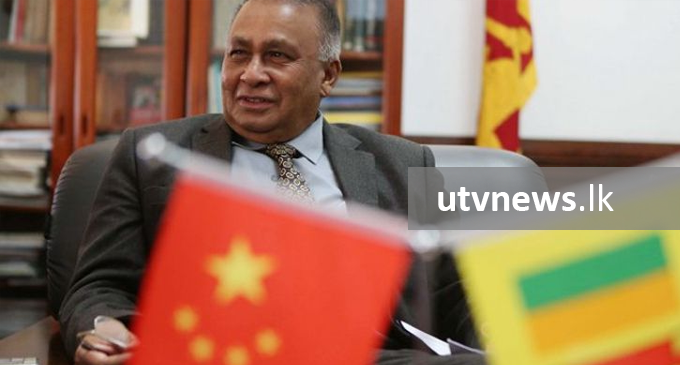 (UTV|COLOMBO) – Sri Lankan Ambassador to China Dr. Karunasena Kodituwakku says the Aerospace Long-March International Trade Co. Ltd. (ALIT), which entered into an agreement with Sri Lanka on the Lotus Tower Project, had relocated and dropped out of the agreement unannounced.

Issuing a statement to the media, the envoy said the Head of the Commercial Section of the Embassy of Sri Lanka in Beijing searched for the company, when President Maithripala Sirisena asked him to probe the whereabouts of the ALIT in 2018.

Dr. Kodituwakku said a report of their visit to ALIT was provided to the Sri Lanka Telecommunication Regulations Commission after the visit to the company.

Following is the statement issued by Ambassador Kodituwakku in full:

Clarification Regarding the Lotus Tower Project

Since the Lotus Tower was declared open on Monday, the 16th of September 2019, various news versions have been shared regarding the companies that were involved in its construction. I am releasing this interim statement to clarify the extent of the interventions in this matter by the Embassy of Sri Lanka in Beijing, as my name has also been mentioned in some of the reports.

The construction of the Lotus Tower had originally been assigned to two Chinese companies, namely the China National Electronics Importers & Exporters Corporation (CEIEC) and the Aerospace Long-March International Trade Co. Ltd. (ALIT). In mid- 2018, His Excellency President Sirisena telephoned me in Beijing and requested that look into the whereabouts of the second company (ALIT), as letters posted to it by the Telecommunications Regulatory Commission of Sri Lanka had been returned to Colombo informing that no such company was at the given address.

I then entrusted the task of tracing the current location of ALIT (since the company was no longer located at the given address) to the Head of the Commercial Section of the Embassy of Sri Lanka in Beijing. After much effort, the Embassy found that the company had moved to a different location, as well as withdrawn from the Lotus Tower project, without informing the Telecommunications Regulatory Commission of Sri Lanka. Once the company’s new premises were located, we visited it and met the officials who were present there at the time. They then informed us that their company (AL IT) was no longer involved in the Lotus Tower project.

Following this meeting, the Embassy prepared a report about our visit and the meeting, and this report was forwarded to the Telecommunications Regulatory Commission of Sri Lanka for their information. Simultaneously, we were able to establish connections with the other company (CEIEC), and the Lotus Tower project went ahead to be completed this year.

The above information is given based on my recollections of the interventions made by the Embassy of Sri Lanka in Beijing regarding this project a few months ago. The names of those who were present at the meeting we attended, as well as the contents of the Embassy’s detailed report on what transpired at the meeting, will be issued for further clarification upon my return to Beijing on the weekend.

Dr. Karunasena Kodituwakku
Ambassador of Sri Lanka to the People’s Republic of China