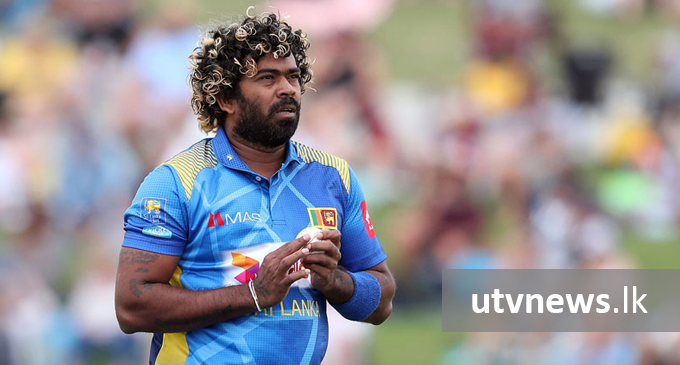 (UTV|COLOMBO) – Sri Lanka and New Zealand will front up for the final time in the three-match T20 International series at the Pallekele International Stadium today with both teams struggling with injuries to key players.

Sri Lanka who trail 0-2 in the series and wanting to avoid a 3-0 whitewash have been hard hit by Kusal Mendis being ruled out of today’s match with a knee injury which he sustained when he collided with team mate Shehan Jayasuriya during the closing stages of the second T20I played here on Tuesday.

Mendis has been Sri Lanka’s leading run scorer in the series with knocks of 79 and 26 opening the batting with Kusal Perera.

He is likely to be replaced by Danushka Gunathilaka, although they could also promote Avishka Fernando or Niroshan Dickwella both of whom have also opened in white ball cricket.

However as skipper Lasith Malinga pointed out, they may not want to disturb a settled batting order with Fernando and Dickwella having contributed runs at nos. 3 and 4.

Malinga said that Jayasuriya who also suffered a knee injury has a chance of playing if he successfully undergoes a fitness test today.

New Zealand on the other hand have lost opener Martin Guptill who has returned home with a stomach strain and has been replaced by Hamish Rutherford who was flown in from England where he was playing for Worcestershire in the T20 Blast.

The good news for New Zealand is that experienced batsman Ross Taylor has recovered from his hip strain and is available for selection, but there is a question mark over the fitness of Tom Bruce who is struggling with a knee injury sustained while batting during the second T20I.

“Ross is looking good and would be able to play tomorrow. He is recovering well. Tom Bruce will play tomorrow subject to a fitness test. Unfortunately if he doesn’t come through then Hamish Rutherford will come to the side,” said New Zealand bowling coach Shane Jurgensen.

With Guptill out New Zealand will have to find another opener. “We’ve still to decide but Rutherford is an opener and (Tim) Seifert stepped up well in the last game. We’ve got a few options up our sleeve around the batting order,” said Jurgensen.

Although the series have been lost Malinga said that they were not looking at making any big changes to the team.

“We are not looking to make any big changes because we have focussed this series with the intention of building a side for the World T20 next year. It’s unfortunate that we lost the last two matches but our intention is to play better cricket and try and win the final game,” said Malinga at the pre-match press conference yesterday.

Sri Lanka lost the first two T20Is in the final over due to mistakes they made on the field and Malinga pointed out that more exposure should be given to youngsters to play under lights.

“Our batsmen gave us good totals and our bowlers also bowled well to try and bring us a win but unfortunately we dropped some vital catches. The main reason for it is playing under lights. Our players need to be exposed to playing more matches under lights because everyone cannot play T20 internationals,” pointed out Malinga.

“It is an area that we may have overlooked upto this stage. I need to talk to SLC and get them to organise to play more T20 matches at least 4-5 days a month under lights. Otherwise it is difficult for the youngsters to immediately come and perform under lights. It is not an excuse for losing the matches, but it is a factor. If we can continuously expose these young players to play under lights we can expect better performances from them,” he said.

Another area which Malinga as captain is trying to give as much protection to the younger players is try not to expose them to chasing big totals. That is the reason why he said he decided to bat first in the first two matches after winning the toss.

“We decided to bat first in the first two T20Is because we have a young side and we didn’t want to put them under pressure having to chase a big target. Until they become mentally strong we have to protect them and allow them to play their natural game. In that aspect I think the decision I took is correct,” said Malinga.

“I believe that batting first won’t put the batsmen under pressure they can play freely and then the challenge for us is to stop the opposition from scoring those runs. That has been my plan and it has been successful to a point because we took the game to the last over. There is what you call scoreboard pressure, that is if you put runs on the board the team chasing comes under pressure. We maintained the pressure on the opposition but for our bad luck in the final over in a matter of 2 or 3 balls we made some mistakes and lost,” he said.

Speaking further on the spectator support the team is presently receiving Malinga said, “There was a time when spectators lost interest in our cricket, but gradually they are once again building up and coming to the grounds to support the team. That is because we are now playing better cricket. We must try to fulfill their aspirations and start winning matches. However much we perform well on the field at the end of the day everyone speaks about the win or the loss. We hope we can win tomorrow and finish the series on a winning note.” (DN Sport)