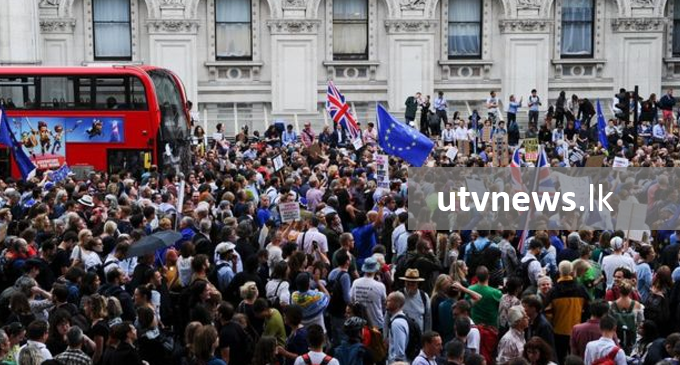 (UTV|COLOMBO) – The prime minister’s decision to suspend Parliament has prompted an angry backlash from MPs and opponents of a no-deal Brexit.

It sparked protests across the country, a legal challenge and a petition with more than a million signatures.

The government said the five-week suspension in September and October will still allow time to debate Brexit.

But critics said it was an “undemocratic” attempt to stop MPs from blocking no deal.