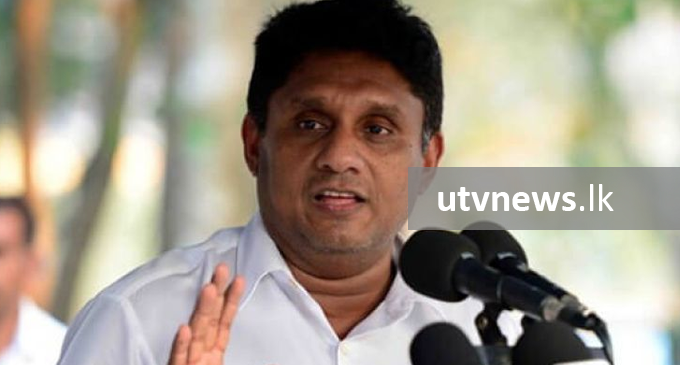 (UTV|COLOMBO) – The Housing, Construction and Cultural Affairs Minister Sajith Premadasa, for the first time, asserted that he would contest for the presidential election for sure.

Addressing a function, Mr. Premadasa said there was no second thought about his move to contest.

“The country is heading for a critical political juncture. We will face the Presidential Election in another few months’ time. That is the elections that shape the future of the country. We hear different remarks made here and there. Anybody is entitled to air out his views. Whatever it is, I make it clear that I, Sajith Premadasa, will contest the election. Therefore is no question about it,” he said.

He made these remarks while addressing a function in Ambalantota of the Hambantota district on Saturday.

“People should take their decisions about the country with peace of mind. You will be afforded the opportunity to decide on your leader of the country. What are people’s aspirations? What do you expect from your ruler?” he asked.

He said he would not deny fundamental rights to the people.