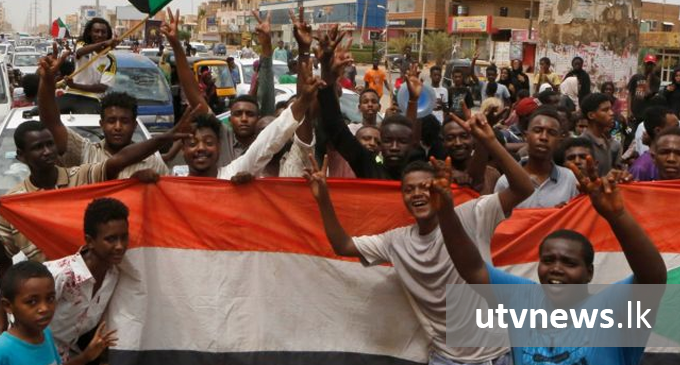 (UTV|COLOMBO) – Sudan’s ruling military council and main opposition coalition have agreed on a constitutional declaration which will pave the way for a new period of transitional government.

African Union mediator Mohamed Hassan Lebatt made the announcement early on Saturday, without giving any details.

Sudan has been in turmoil since the military ousted President Omar al-Bashir in April.

Protracted talks over the declaration have been held amid much violence.

The long-awaited declaration deal triggered celebrations in Sudan, which has been plunged into months of crisis.

Both sides signed a power-sharing accord in July, but demonstrators have been waiting since then for more details about the agreement.

Protests first broke out in December after Mr Bashir’s government imposed emergency austerity measures. He was then overthrown by the military in April after prolonged protests outside the defence ministry in Khartoum, Foreign Media Reports.