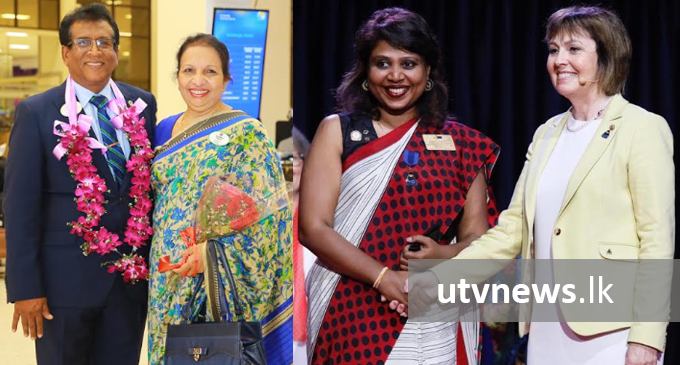 The New Voices Initiative was launched in 2018/2019 year by the first female President of Lions Clubs International, Lion Gudrun Yngvadottir of Iceland. Hundreds of women from around the world were identified for their exceptional dedication as New Voices nominees in the categories of membership growth, leadership, service and marketing. 32 semifinalists were identified from more than 1,300 nominees. In February, Lions Clubs International announced the 4 finalists, one from each category, where Lion Shyana Jayalath became the finalist in the Marketing category.

The achievement of Lion Srilal Fernando accredits the active work that are being done by the District 306A1, which is spread from Colombo to Kataragama and has been serving the less fortunate in these areas and assisting their social needs.

Being installed as the District Governor of Lions Clubs International District 306 A1 marks a new height of his career as a notable member of the International Lions organization. Lion Srilal Fernando has received many accolades over the years, in recognition of his commitment and exceptional services to the district and the organization, he is also the proud recipient of 7 International President’s Certificates of Appreciation.

He has had extensive training in leadership through programmes conducted by the District, Multiple District and the International. He is also a graduate of the Faculty Development Institute of Lions Clubs International.

Lion Srilal is a product of De Mazenod College, Kandana. He was the Chief Engineer – Workshops of Colombo Commercial Company (Engineers) Ltd, where he joined as a Management Trainee and furthered his professional education at the Council of Engineering Institutions U.K. Presently he holds memberships in Mechanical Incorporated Engineers UK , American Society of Heating , Refrigeration and Air-conditioning Engineers USA. Having embarked on a private venture with his brother as a Director of Elemech Engineers (Pvt) Ltd ,they elevated the company to the level of a Grade One Construction Company in Sri Lanka in the field of Civil, Electrical and Mechanical engineering. A Melvin Jones Fellow, he is also a member of the Mahendra Amarasuriya Fellowship, and a Justice of the Peace.

Lions Clubs worldwide donate approximately US$ 722 million and 71 million hours; which is equivalent to 34,000 people working full time for a year. The International Philosophy of Lionism was introduced to Sri Lanka on the 1st of April 1958 as a club extension from the South Indian District of 304. The first club was named – the Lions Club of Colombo, later re-named as the Lions Club of Colombo Host.