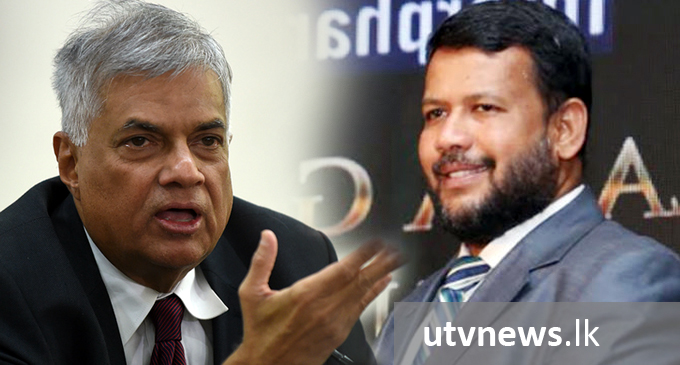 (UTV|COLOMBO) – Contrary to the accusations, the Police Intelligence Report on Easter Sunday bombings do not show ACMC Leader Rishad Bathiudeen being linked to the attacks, said Sri Lankan Prime Minister Ranil Wickremesinghe. Speaking at a school ceremony in Kinniya on 14 July, PM Wickremesinghe said that the Speaker of Parliament had “informed us that there are no accusations against Minister Rishad Bathiudeen.”

The statement issued by PM’s office dated 14 July says: “Some persons / parties are trying to reject sections of the Intelligence reports on Easter Sunday bombings. Prime Minister Ranil Wickremesinghe stresses that such selective rejections shall only encourage ISIS terrorism. No part of an (official) report should be rejected while only accepting some other parts of the same report. Such selective picking of a report with a political bias leads to the weakening of evidence presented, the Prime Minister adds. Addressing the Kinniya Central College auditorium’s unveiling event on 14 July, PM stressed that the intelligence report shows that none of the accusations against Minister Bathiudeen have been proven. Also testifying before the Parliament Select Committee (PSC) the Army Commander has asserted that Bathiudeen MP had not influenced him, stressed PM, and added that the Police intelligence Report has been forwarded to the Attorney General and the Speaker, who will proceed to take necessary steps thereafter.

I have directed to hand over the Police Intelligence Report to His Eminence Cardinal (Malcolm Ranjith) upon his arrival to the country. I have also directed the PSC and its members to forward this report to Cardinal (Malcolm Ranjith). The Speaker has provided a copy of the Police Intelligence Report to us as well. The report raised 300 accusations. The report says that the majority of these accusations are baseless. Some of these accusations are lodged with the Police without any reason. As a result the Speaker has informed us that “there are no accusations against Minister Rishad Bathiudeen.” Lawyers representing some accused have, at the time when the case was heard, stated that the report could not be acknowledged in its entirety. Such a stance weakens evidence. It prepares the background for ISIS terrorists to go free. It underestimates the two-month long efforts by (Police) Intelligence to prepare this report. Such rejections show the real image of the persons who shed crocodile tears about the country’s Intelligence.”

Previously, during the Parliamentary Select Committee hearings of 28 June, quoting a letter sent by Acing IGP Senior DIG C. D. Wickramaratne, to Dhammika Dasanayake, Secretary General of Parliament, the Deputy Speaker and Chairperson of Committees of Parliament J. M. Ananda Kumarasiri announced: “No evidence had been found to link Minister Rishad Bathiudeen to the series of bomb blasts of 2019 April 21 nor any terrorist activity, in investigations conducted so far by the Investigations Committee comprising of CID, FCID, and Colombo Fraud Investigation Bureau (CFIB), established to investigate complaints against Minister Bathiudeen. The Investigations Committee conducts its investigations under Acing IGP Senior DIG C. D. Wickramaratne. We will include this letter to our documents.”