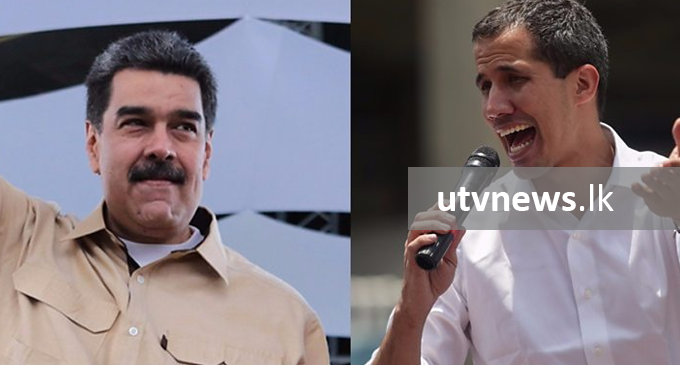 (UTV|COLOMBO) – Venezuela’s opposition says it has agreed to resume talks with President Nicolás Maduro to try to resolve a prolonged political crisis.

A meeting between opposition and government officials will be held in Barbados, self-declared interim President Juan Guaidó says.

A date for the talks mediated by Norway was not given. Dialogue between the two sides broke down in May.

There was no immediate comment from Mr Maduro’s government.

Mr Guaidó, head of the country’s National Assembly, declared himself interim president in January and has the backing of more than 50 countries, including the US and most of Latin America.

Mr Maduro retains the loyalty of most of the military and important allies such as China and Russia.

Some four million people have fled Venezuela since 2015, according to the UN, amid a severe economic crisis that has resulted in high unemployment and chronic shortages of food and medicine.

“In response to the mediation of the Kingdom of Norway [the opposition] will attend a meeting with representatives of the usurper regime in Barbados, to establish a negotiation on the end of the dictatorship,” Mr Guaido said in a statement.

President Maduro has intensified a crackdown on the opposition since a failed military uprising against him in April led by Mr Guaidó.

Since the failed rebellion, described by Mr Maduro as part of a US-orchestrated coup, many opposition MPs have lost their parliamentary immunity and some have been arrested.

While Mr Guaidó’s parliamentary immunity has been lifted, he has so far not been jailed, even though he recently said he did not rule out the use of military force to oust Mr Maduro from power. (Foreign Media)