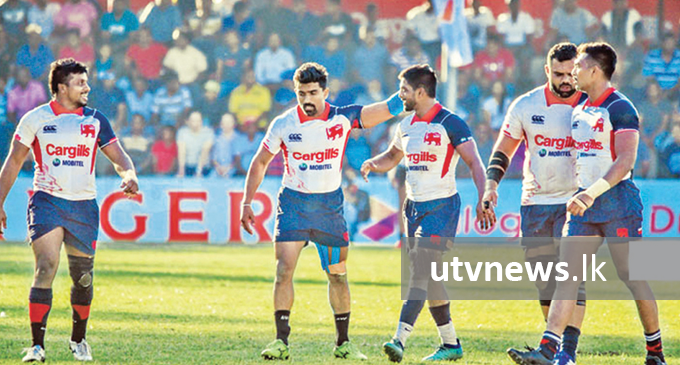 (UTV|COLOMBO) – Dr. Maiya Gunasekera, a former president of the Sri Lanka Rugby Football Union (SLRFU), says a major workshop has to be conducted by Sri Lanka Rugby (SLR) to make all stakeholders of rugby in the country aware of the consequences of clubs withdrawing from domestic tournaments and players pulling out of national teams.

He was alluding to Kandy SC’s refusal to participate in the Clifford Cup knock-out tournament in March because they were not agreeable to the Pallekelle venue and two of their players Roshan Weeraratne and Sajith Saranga withdrawing from the national team at the eleventh hour for the tours of Malaysia and Chinese Taipei respectively.

“I think the SLRFU (Sri Lanka Rugby) will have to make all the clubs aware of these rules and regulations because nobody still knows what are the consequences. The secretary, captain, players and everybody must be aware once you make a commitment for a tournament and if you pull out, the sponsors and everybody are at a loss,” said Dr.Maiya speaking to the Daily News.

“So I think they will have to have a big workshop and then make everybody aware of the situation and penalties or whatever, and start afresh because in previous occasions also this has happened and nothing has been done. If you ask the club captain, secretary, treasurer or office-bearers, they don’t know the implications of all this. I feel you must have a workshop and document it, and then start from there,” said Dr. Gunasekera, a Life member of SLR.

Asked whether Kandy SC should be slapped with sanctions for not abiding by the tournament regulations, he said: “The SLRFU (SLR) committee has to take a decision but actually there has to be some major awareness program, because now unfortunately playing for clubs has become more important than playing for the national team which is of course stupid.”

“So then some measures have to be taken but before that, all players have to be called in for a big workshop and told sponsors are spending their money not for them to have a tamasha and have a party after a club match,” said the former Sri Lanka lock forward.

The former Sri Lanka captain found it “totally unbelievable” players pulling out after being selected to play for the national team.

“It is our national agenda and responsibility, otherwise you can’t make a country. I mean when we were playing, we were clamouring to play for the country. In Korea, Japan, Thailand this is the same still but unfortunately it has changed here because of some individuals promoting clubs which is stupid. It is no point having a good club season and getting hammered internationally. Like all these pull-outs, players making themselves unavailable for national tours is totally unbelievable,” said Maiya, a former chairman of the National Sports Council.

“Earlier there was a problem when clubs did not release the national players. So we put in the constitution that if you are selected, the clubs has to release. Now some of the players are not prepared to play for the national team because suppose they get injured, they can’t play for the club and they won’t get paid. So this is absurd,” said Maiya who headed a three-member committee including former Sri Lanka forward DIG (retd) M. Hafeez Marso and Neil Wijeratne, attorney-at-Law.

They were appointed by SLR to find the reason of Kandy SC withdrawing from Clifford Cup knock-out tournament and to recommend to the council what disciplinary action could be taken against Kandy SC based on the participation agreement and tournament rules of the Sri Lanka Rugby Tournament Manual 2018/2019.

The council also decided to request the appointed committee to look into the current SLR constitution and Tournament Rules, and to recommend to the council, if any amendments or new regulations need to be included to prevent or to take disciplinary action against a team for non-participation or giving walk over or withdrawing from a tournament for reasons unacceptable to SLR.

According to the report tabled at the SLR Council meeting, the committee observed that there are adequate provisions in the Constitution, Tournament Manual (TM) and the Team / Club Participating Agreement (TA) 2018/19 which are spelt out consistent to World Rugby regulations to deal with teams in the event of withdrawal from any competition.

The committee suggested inclusion of the following clause in the new tournament regulations: “The Tournament Committee shall decide the venue of matches and it shall be final unless or otherwise decided and agreed upon by the participating teams”.

However, the committee made it clear that their mandate was only to find the reasons for the Kandy SC to withdraw from the Clifford Cup tournament and to make recommendations to prevent the recurrence of such withdrawals.

“Therefore, the purpose of this whole exercise is meant for the future. On the contrary, inaction to indict a team with mechanism in place does not augur well and sets a bad precedence. Furthermore, the reason adduced by Kandy SC to pull out of the tournament seems ostensible in committee’s point of view,” the report stated.

It was also noted that the majority of the stakeholders of rugby are either not very familiar or ignorant with the Judicial and Disciplinary procedures (Regulation 18) related to Foul and Dangerous Play (Regulation 17), Misconduct and Code of Conduct (Regulation 20) and Tournament procedure and participation obligations.

The committee emphasized that the SLR conduct a familiarization program to all club secretaries, team managers and captains on topics such as “Investigation, Judicial Proceedings, Disciplinary Proceedings and Tournament Format/Formats and Participation obligations of Clubs and Players” before any upcoming tournaments. (Courtesy: Daily News)