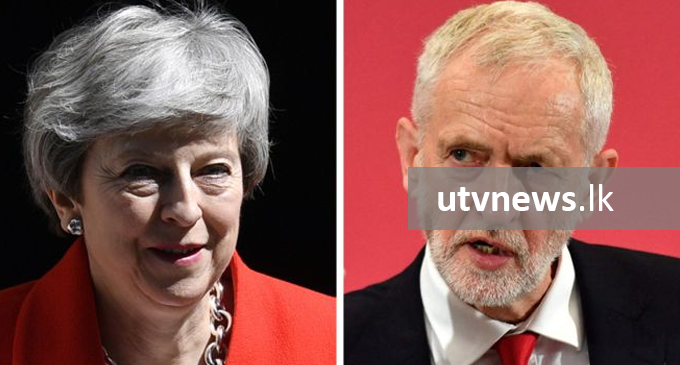 (UTV|COLOMBO) -Brexit talks between the Conservatives and Labour are about to close without an agreement, foreign media reports.

Theresa May and Jeremy Corbyn will now move to a second phase, aimed at agreeing on a process for Parliamentary votes designed to find a consensus.

It comes after Mrs May promised to set a timetable for leaving Downing Streetfollowing the next Brexit vote in June.

Ex-Foreign Secretary Boris Johnson has said he will stand in the Conservative leadership election that will follow.

The UK was due to leave the EU on 29 March but the deadline was pushed back to 31 October after MPs rejected Mrs May’s proposed deal – the withdrawal agreement that was negotiated with the EU – three times.

That prompted attempts to find a way to end the impasse through cross-party talks between Labour and the Conservatives, foreign media.