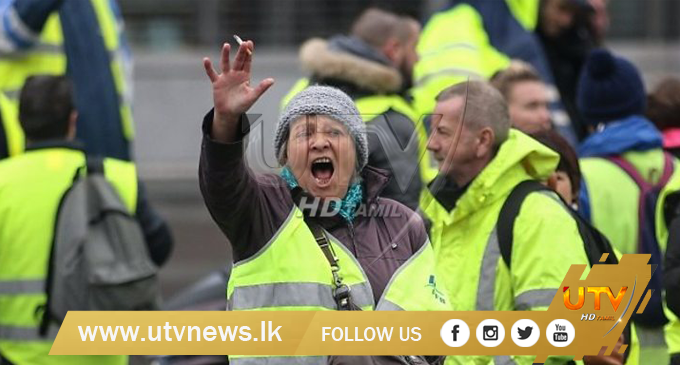 (UTV|COLOMBO) – Protesters from France’s “gilet jaunes” (yellow vests) movement have pulled out of a meeting with PM Edouard Philippe scheduled for Tuesday.

Some members of the group said they had received death threats from hardline protesters warning them not to enter into negotiations with the government.

The “yellow vests” have been protesting about a controversial fuel tax since mid-November.

But the protests now reflect more widespread anger at the government.

Three people have died since the unrest began and the resulting violence and vandalism – notably when statues were smashed at the Arc de Triomphe last Saturday – have been widely condemned.